The Guardian Angel program has been developed by Iris House to show our appreciation to individuals and groups for their support of our Charity. The first Angels where awarded in 2014. Each Angel recipient is approved by the board of Iris House. Each recipient is awarded an Angel based on merit, which is not necessary based on financial contribution. Iris House recognises the amazing support of our corporate sponsors by Awarding Certificates of Appreciation.

Meet our Guardian Angels (scroll down) 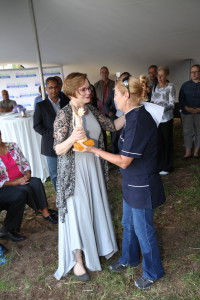 Nicole Venter: Nicole received an Angel for her beautiful  Cuppa4Care fundraiser that she organised for Iris House as well as her assistance with our Christmas Shoebox project, and spearheading our support at de Vere Group SA

Danilo Acquisto: Danilo received his Angel live on the set of his final show for HecticNine9. He received his Angel in recognition of his media support for Iris House. Featuring us twice on HecticNine9, also his contribution as  MC for our Ball and narrator for our 2014 Hospice renovation video. 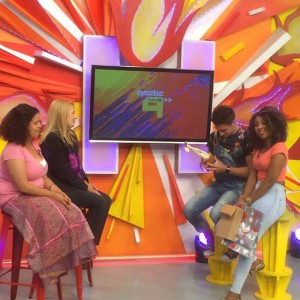 Marietha Potgieter: Marietha is an Iris House Mom who lost her son after a 26 year battle. Marietha has held two fantastic Cuppa4Care events for Iris House and she and her husband are part of our fundraising team.  Despite her grief Marietha decided to play it forward and hold a prayer breakfast to honour her son Jacque and to support Iris House, raising much needed funds. Marietha also personally completed all our Christmas Cracker orders for 2014. 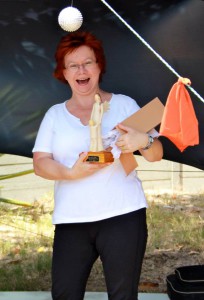 David Fisher: David has been involved as a volunteer photographer, event helper and sponsor since 2013 and is  part of our fundraising team. We are so fortunate to have beautiful photos of all our events as a result of  David’s hard work. 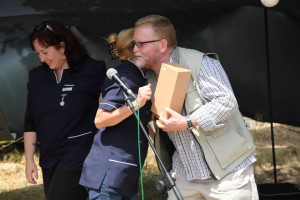 Mel Roets CEO – Lighthouse Project: Mel has been supporting Iris House since it’s inception in 2011. Mel runs a team of fundraiser who rain or shine are at various shopping centres throughout the Western Cape. In total the Lighthouse Project has raised over R140k for Iris House. Mel was invited on the board of Iris House in 2014 as a non executive director. 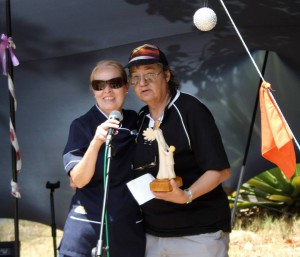 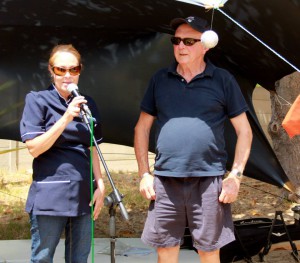 Neville Gilliomee: Neville is a one of a kind type of guy. He knows no fear and lives for a challenge. In 2015 Neville completed the Cape Argus Cycle Tour for Iris House riding a Gatti Ice Cream Bike weighing over 50kg. Not only did he finish but he did so with 4 seconds to spare on the cut off time. 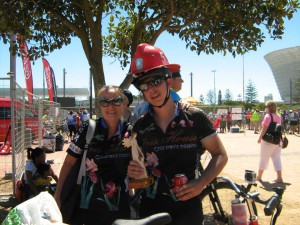 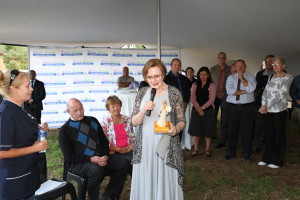 Audrey van der Holegen: Audrey read an article in our local paper about Iris House and was touched by what she read. So much so she contacted our offices and without any hesitation made a donation of R25,000.00. Audrey is a pensioner who in her own words “had a little extra to give” What an inspiration to know their are still unselfish people like Audrey in the world. Audrey has since gifted a further R5000 to Iris House and remains in touch despite her recent poor health. 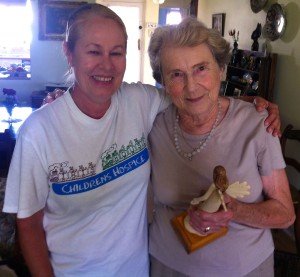 Sue and Robert Pritt: Sue and Robert are the first couple to receive an Angel’s Award. Sue Pritt is a long standing Soroptimist and Robert a Rotarian. The couple are retired and  live in the UK for six months of the year and spend the balance of the year between their home in Cape Town and other travelling. Sue became involved  in Iris House originally via the Soroptimist Club Cape of Good Hope. However she stepped out of this role and became an active volunteer with the Hospice renovations, assisting with the purchase and installation of security cameras, lights, timers all the specially made curtains and bed covers for the house, even a 50 litre bin. Sue doesn’t miss a trick. Robert has been the Iris House Father Christmas at the last two year end events. He has a real passion for our Children and this is so evident by their reaction to the man in the red suit. Robert approached is local Rotary Club to assist Iris House with their Mfuleni Hub and raised R14,000.00 for this project. He is in the process of gaining and equal grant from Rotary International and has also introduced Iris House to many local Rotary Clubs resulting in funding of Hospice Rooms and our Stables. 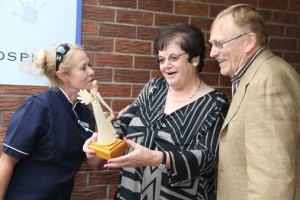 Craig Capper: Craig attended the 2015 Iris House Ball and was so touched by the care offered by Iris House that he then and there decided to fill one of their biggest needs and purchase a vehicle to transport children to and from hospice sessions. Craig donated the funds (over R170,000.00) to purchase a Brand New Suzuki Ertiga 7 seater which was handed over at a small function in his honour at the hospice. 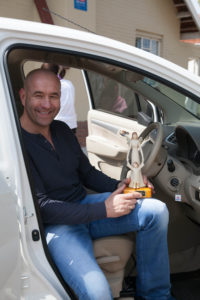 Sheila Belcher – Mother of Ruan (an Iris House child) Sheila is a strong advocate for the rights of children with disabilities. Sheila is always willing to go the extra mile. Sheila created our Cuppa4Care fundraising event, she is always to be found lending a hand at our events. Sheila is also a  volunteer  carer and an active member of our fundraising team. 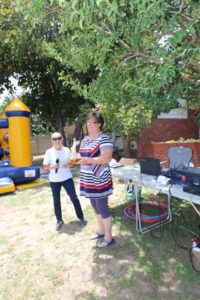 Irina Mink. German born Irina is a Iris House volunteer photographer and videographer.  Irina has taken amazing photos at our events and also painstakingly put together our fantastic slide show shown at the 2015 ball. Irina is always keen to lend a hand, despite living in the Southern Suburbs Irina makes time to come through to Iris House as often as she can often bring very useful donations with her. Irina is also a invaluable member of our fundraising team. 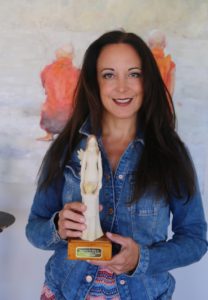 Kerrith Coleman: Kerrith is a budding young entrepreneur with a successful event planning and co -ordaining business. Kerrith created and organised our very successful Christmas in July event in 2015. Kerrith is always on hand to add sparkle to Iris House family and fundraising events with her bubbly personality. Kerrith is also a very active member of our fundraising team always willing to take on more then expected. 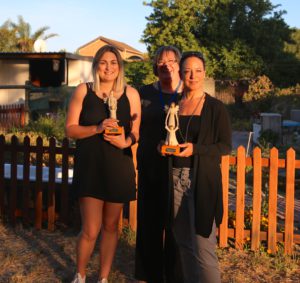 Hennie Botha. Hennie is the proud owner of Kontra Signs, situated in Bellville. We contacted Hennie when we first took occupation of the hospice to assist us with signs on the Stikland parameter wall and at our Hospice. Since our initial meeting Hennie has not only supplied ALL the outdoor signs currently seen at our hospice but he also created the beautiful plaque for Premier to mark the opening of our building and a similar plaque commemorating Iris Jackson (Sue van der Linde’s Mom) and the person who the hospice is named after. Hennie’s workshop also created the fantastic Great Gatsby doorway used at our 206 Ball 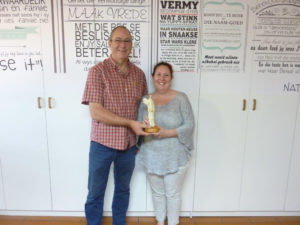 Kobus and Joey have been the Iris House DJ’s for over 2 years now. Even going as far as to drive to Saldanha Bay to provide music for our Family Year end function. They never charge for their services, and have often bid on items themselves at our events. Thank you both for being the special people you are. 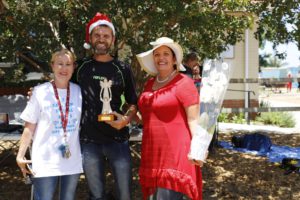 It was our absolute pleasure to present the lovely Megan of the FW de Klerk foundation with an Iris House guardian Angel. Megan has been always held Iris House close to her heart ❤️ and has been our go to person at the Foundation for over 3 years. Her compassion and commitment to our Cause has touched so many lives . Thank you Megan for being the amazing person you are. 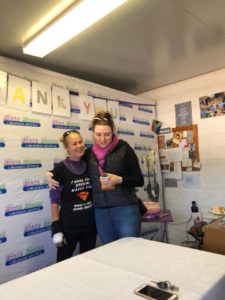 Anel is the Western Cape Checkers Public Relations Officer. After vist to our hospice Anel has made a whole lot happened at Iris House. Anel and her team have sponsored  our Hospice Shop custom containers, Giving our Sensory Garden a Madela Day make over of note and continue to sponsor our sustainable food garden which they built on the property. They also are the sponsor behind  our 2016 and 2017 Christmas events and many of our family events. Thank you so much Anel for your ongoing love and concern for our children and families. 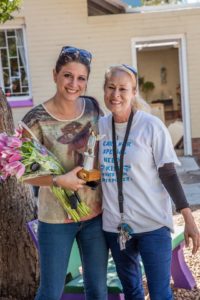 Since 2015 the de Vere Acuma group have been sponsoring our biggest fundraising event of the year, the Iris House – de Vere Acuma Purple Ball. This 5 star event has raised over 2 million rand in the three years of our partnership and Gavin has no intention on stopping here. What started off as a sponsorship has grown into a mutal partnership with de Vere becoming very much a part of the Iris House family. Thank you Gavin and Harriet for your un waiving support and genorosity. We look forward to collaborating with your brand for many years to come on the classiest event in Cape Town. 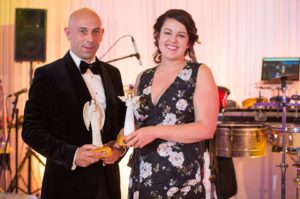 Marietjie Stander, Principal of Dunatos Special Needs School and her team. Have been visiting our hospice for over a year now with serveral of their pupils. Each term pupils bring donations of needed items and join us often in our Imagination Station sessions. In 2018 we met with them to discuss a partnership involving grounds ajacent to them, and also intergrating some of our Autistic children into her practical learning facilities. We are hoping for go ahead from public works to occupy the land and building we need for our autism centre. She has also donated amazing units to us which are currently being re assembled and put to good use. Thank you Marietjie for being the kind, caring person you are. 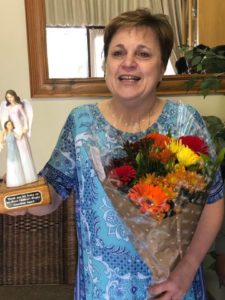 Ashley joined Iris House in 2016 as assistant to the CEO. However it very quickly became apparent that his many talents were wasted in this position and he was promoted to Projects Manager. In this position Ashley excelled and added so much joy and quality projects to the Iris House offering. This included the developement of Imagination Station, Lego training, heading up our now 140 strong volunteer group, cooking with our children and so many other amazing initiatives. Ashley is also an exceptionally gifted  writer and communicator which lead to many new funding doors being unlocked for Iris House. In 2018 he entered My Kitchen Rules with his cousin Chris and made sure Iris House was shown on national television. Every interview he has had since the program he’s made sure Iris House was mentioned and acknowleged. Sadly Ashley has left us to continuing his life journey of serving and change making with the UN in Africa. We know that the bond formed with Iris House is a lasting one and that our paths will cross again in the future. We wish Ashley everything of the very best in his new position and thank him from the bottom of our hearts for all he has done to make our Charity so much better at what we do in every way. See you soon Ashley … 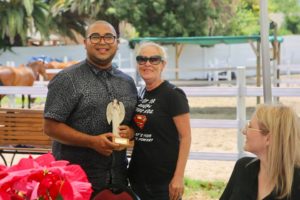